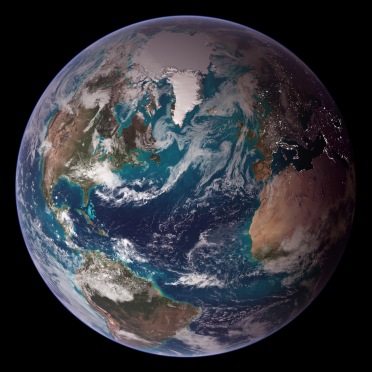 This course offers a broad overview of globalization in modern world history.  During the first third of the course, we define and analyze the phenomenon of globalization starting with Early Modern cultural interactions and empire-building across Eurasia and European maritime explorations.  We also examine the first contact between Europeans and Native Americans in the Western Hemisphere and the resulting global “Columbian exchange,” followed by the rise of colonial empires and long-distance trading networks from the 16th to 18th centuries.  In the last two-thirds of the course, we focus on the evolution of international business, the world economy, the interstate system, and cultural interchange in the 19th and 20th centuries.  We chart the rise and fall of the first global economy under the British Empire of the nineteenth century.  We examine how globalization was rekindled and reshaped after 1945 following a thirty-year period of nationalism, war, and depression. The last part of the course addresses global market integration in the late 20th century under American supremacy, taking an in-depth look at various aspects of modern globalization, including production, trade, and finance; the spread of neo-liberal market reforms; transnational cultural phenomena; environmental impacts and transformations; trends in poverty and inequality; social movements against elite-led globalization; and the shift in economic dynamism to Asia.  Instruction in this course is divided between lecture, discussion, and small-group and/or individual activities.  Students work with a variety of readings, documents, and multi-media materials.